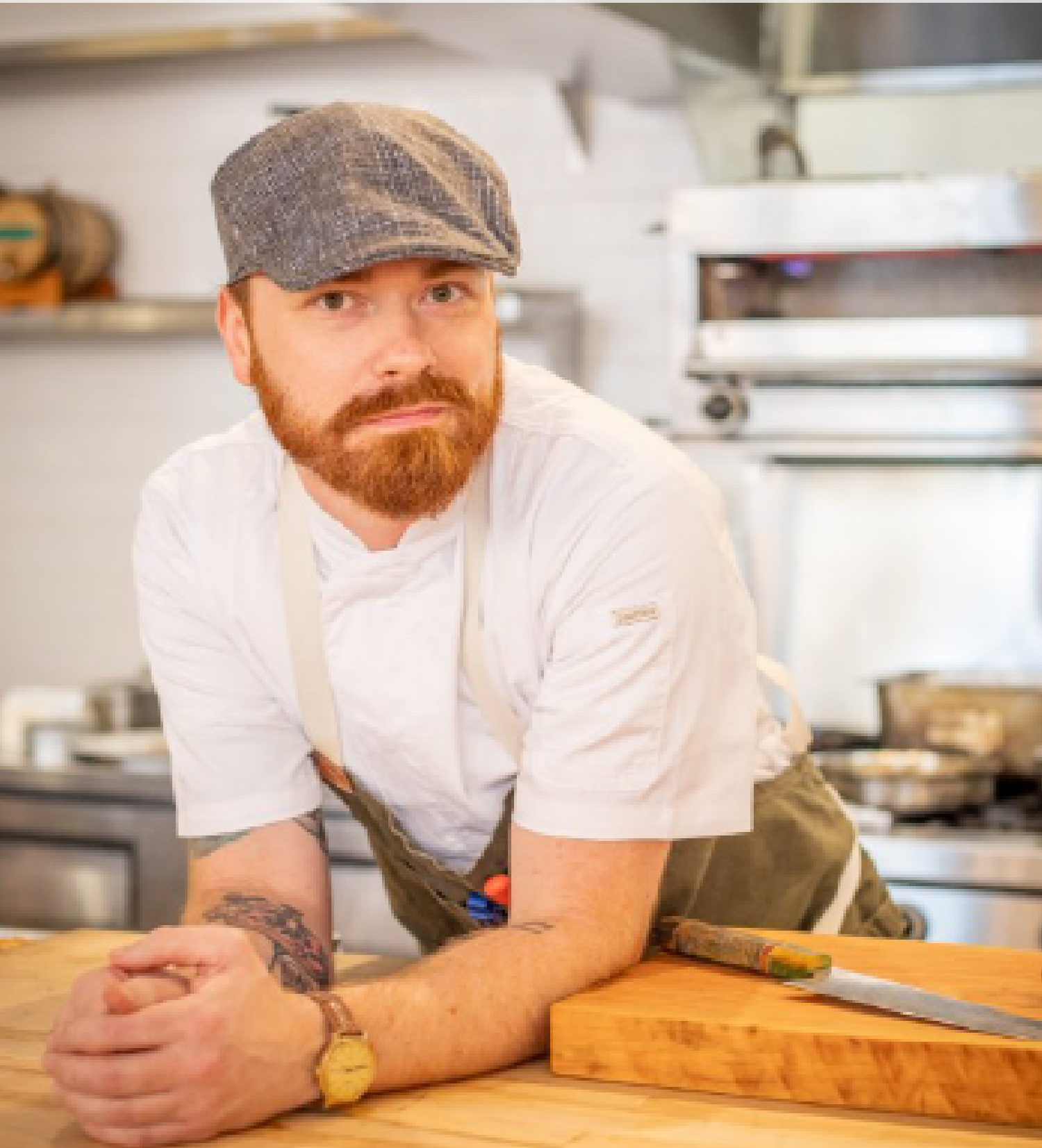 Growing up in the Midwest, I was blessed to have parents who were good cooks and impressed upon me the joy of eating a delicious meal with the people you love. As I grew older, I became interested in that wonderful ability of how food brings people together. I began my career at the American Culinary Federation as an apprentice of Chef David Wolf in Columbus, Ohio. After many years under his tutelage and earning an associate’s degree in hospitality management, I went on to work in hotels and restaurants across the country.

In New Orleans, I learned true, deep American culinary history and when someone says, “you put your foot in it” they’re paying homage to the cook. In Austin, I saw the beauty of the Texas Hill Country and learned the importance of a good brisket and tacos. In Minneapolis, I embraced winters, enjoyed Æbleskiver and journeyed north to the boundary waters. Most recently, I’ve found a home here in Savannah, where I have learned how bountiful the food is in Lowcountry. Being able to support the small farmers in the area has been tremendously rewarding. I can’t wait to share their food and stories with everyone who comes to dine with us in 1540 Room. 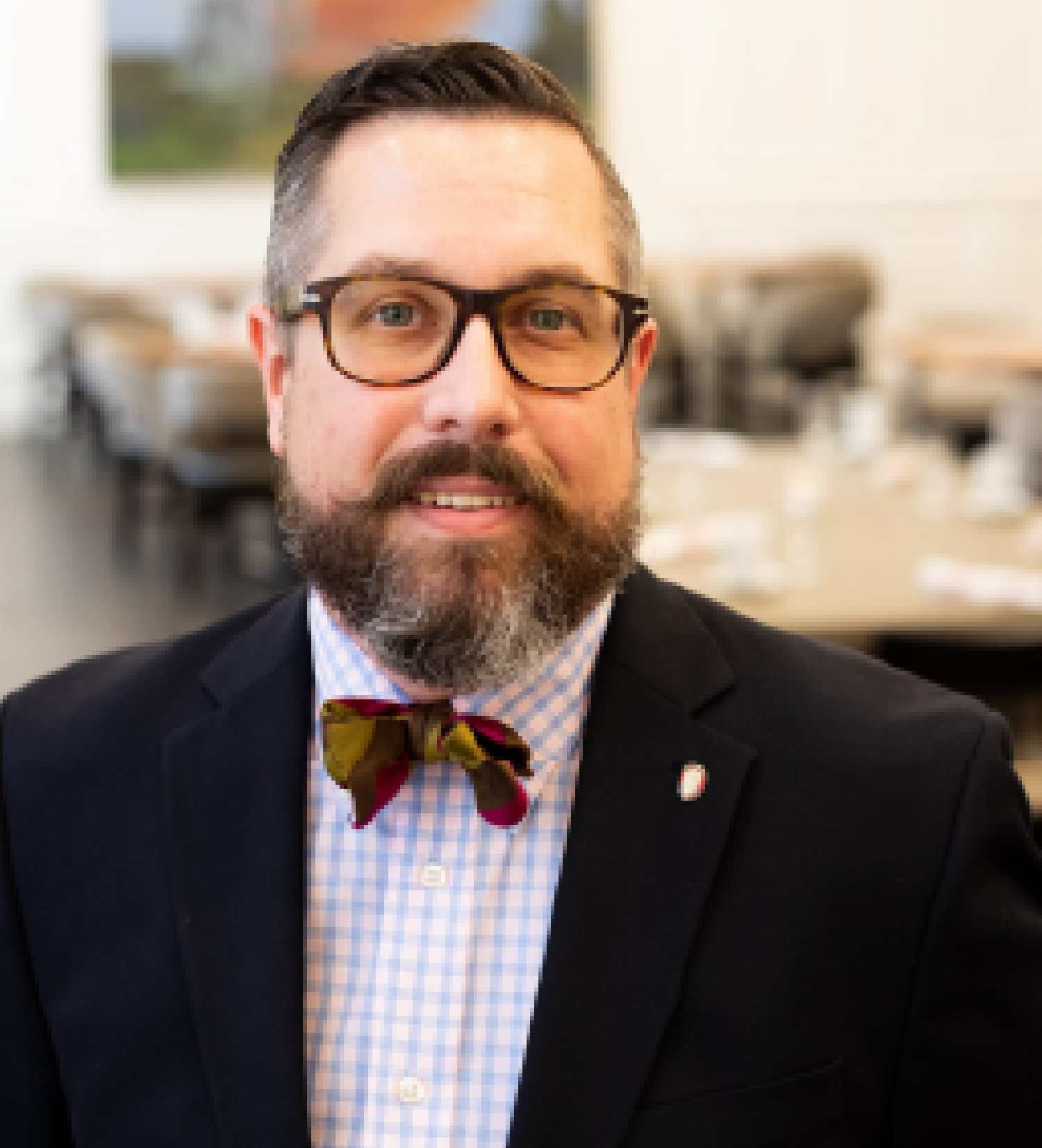 Andrew has spent the better part of 30 years in hospitality. He was introduced to the industry in Central Pennsylvania, helping his mother in her restaurant and catering business. It was these early years that inspired him to attend culinary school. Andrew is a graduate of The Culinary Institute of America in Hyde Park. During his time there, he worked as a tutor specializing in wines while waiting tables at Le Pavillion, in Poughkeepsie. It was here working with Chef Claude Guermont, Andrew decided to become a Sommelier.

From CIA, Andrew took a fellowship at the Escoffier Culinary School Dining Room as the restaurant manager. While serving in this role, he met Sam Beall IV, the Proprietor of Blackberry Farm, which led to a move to Knoxville to work as an assistant dining room and bar manager. As his role evolved, he became the property’s second sommelier, then on to beverage manager. Through Sam’s vision, Andrew began curating a whiskey and rare spirits collection rivalling most others in the world. Further complimenting his experience, he assisted in the growth of The Blackberry Farm Brewery where he became the brewery operations manager.

Andrew’s love for the city of Savannah began with his honeymoon. The people, food, and the overall beauty of the city inspired many visits in hopes of one day calling this home. His dream became reality when Andrew joined the talented team at The DeSoto, an iconic hotel. Andrew, his wife and their two daughters are excited to be some of the Lowcountry’s newest residents. 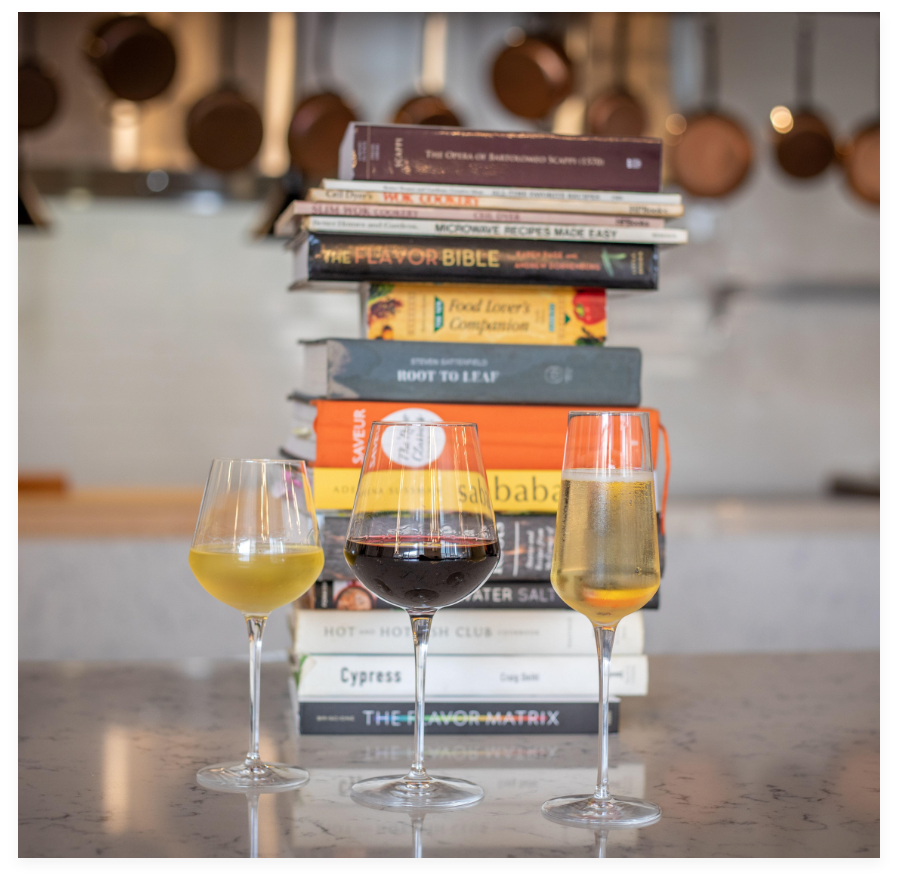 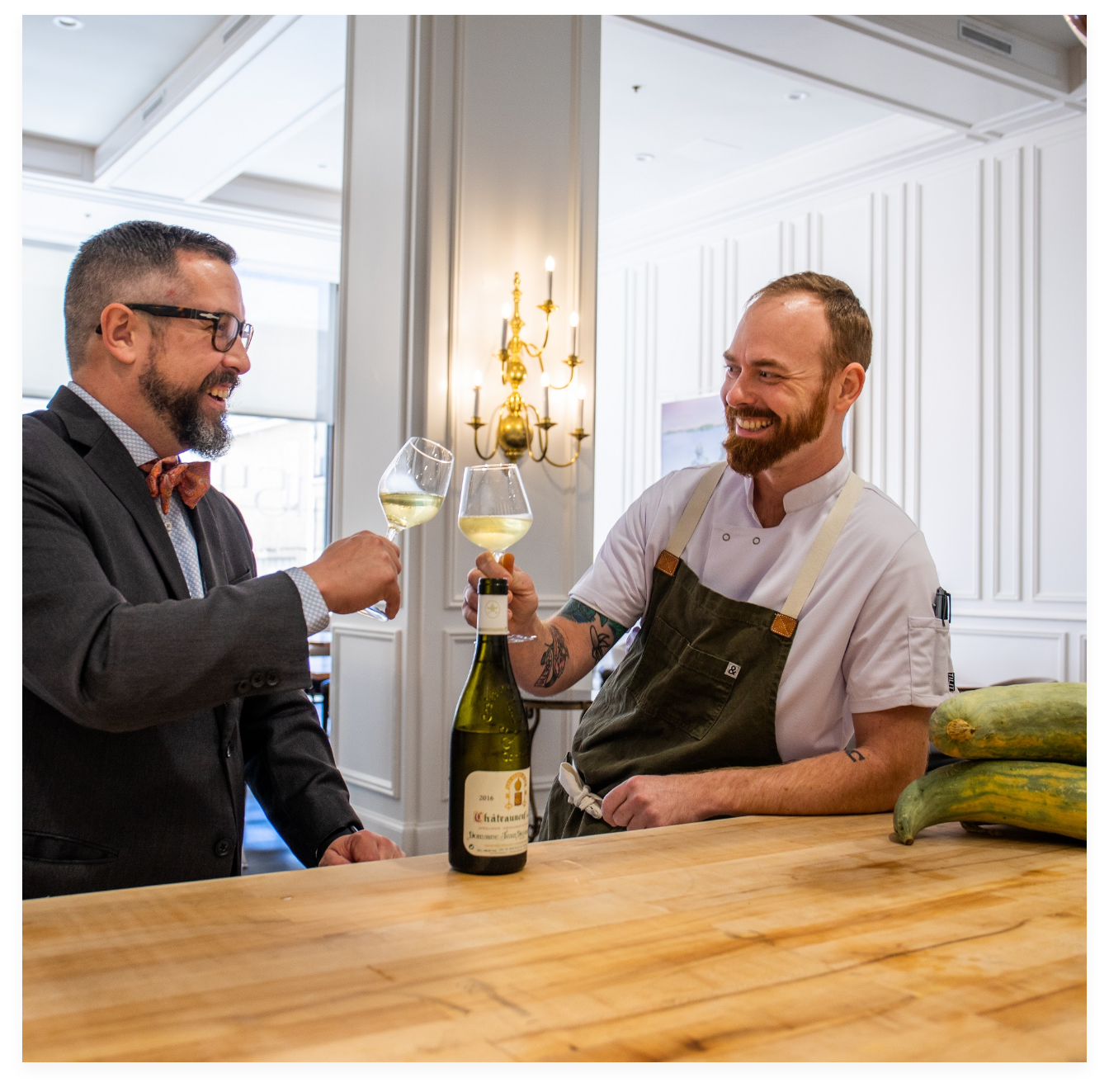 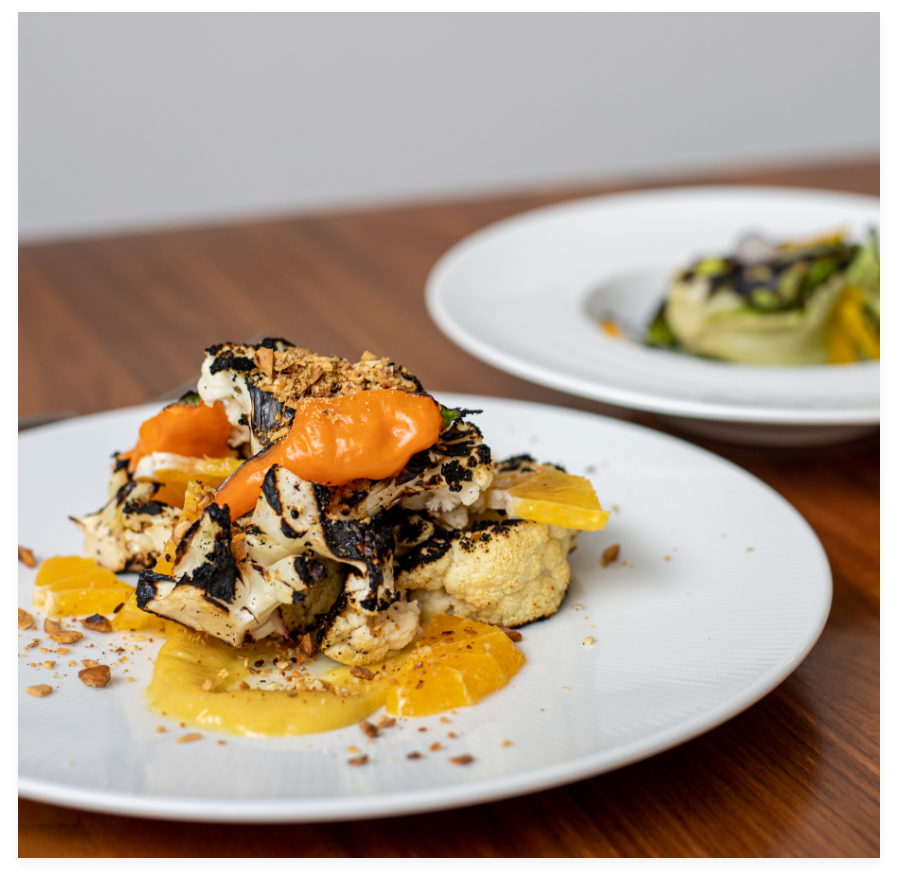 We use cookies on our website to give you the most relevant experience by remembering your preferences and repeat visits. By clicking “Accept”, you consent to the use of ALL the cookies.
Do not sell my personal information.
Cookie Settings Accept
Manage consent

This website uses cookies to improve your experience while you navigate through the website. Out of these, the cookies that are categorized as necessary are stored on your browser as they are essential for the working of basic functionalities of the website. We also use third-party cookies that help us analyze and understand how you use this website. These cookies will be stored in your browser only with your consent. You also have the option to opt-out of these cookies. But opting out of some of these cookies may affect your browsing experience.
Necessary Always Enabled
Necessary cookies are absolutely essential for the website to function properly. These cookies ensure basic functionalities and security features of the website, anonymously.
Functional
Functional cookies help to perform certain functionalities like sharing the content of the website on social media platforms, collect feedbacks, and other third-party features.
Performance
Performance cookies are used to understand and analyze the key performance indexes of the website which helps in delivering a better user experience for the visitors.
Analytics
Analytical cookies are used to understand how visitors interact with the website. These cookies help provide information on metrics the number of visitors, bounce rate, traffic source, etc.
Advertisement
Advertisement cookies are used to provide visitors with relevant ads and marketing campaigns. These cookies track visitors across websites and collect information to provide customized ads.
Others
Other uncategorized cookies are those that are being analyzed and have not been classified into a category as yet.
SAVE & ACCEPT